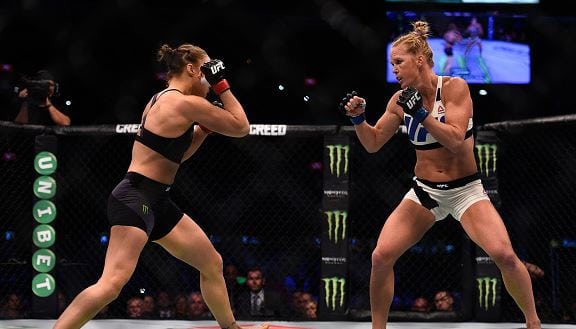 But Holly Holm did not read the script, knocking down the previously undefeated Rousey to take out the Championship bantamweight title.

She won by knockout 59 seconds into the second round.

An ecstatic Holm was in shock after the fight, while Rousey was taken to hospital to receive stitches to her lip.

A record UFC crowd of 56,214 packed into the Docklands stadium for the Ultimate Fighting Championship bouts, which Rousey and Holm headlined.

And more than one million watched the fight on pay-per-view in the United States.