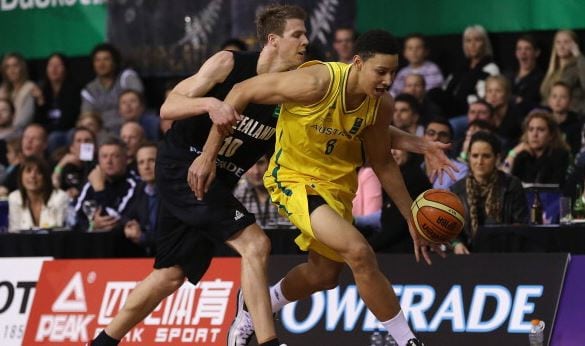 LSU freshman Ben Simmons joined some impressive company Monday on The Associated Press preseason All-America team and could be with those same players at the end of the season.

The 6-foot-10 (208cm) point forward from Australia, who played his high school basketball in Florida, is just the fourth freshman to be honoured on the preseason team. The others - Harrison Barnes of North Carolina (2010-11), Andrew Wiggins of Kansas (2013-14), and Jahlil Okafor of Duke (2014-15) - all were high picks in the NBA draft after leaving school early.

It would be easy to imagine Simmons doing the same. He averaged 28.0 points, 11.9 rebounds, 4.0 assists and hundreds of stunned fans in his senior year of high school in Florida.

Joining Simmons on the preseason All-America team were seniors Kyle Wiltjer of Gonzaga, Georges Niang of Iowa State and Buddy Hield of Oklahoma and junior Kris Dunn of Providence.