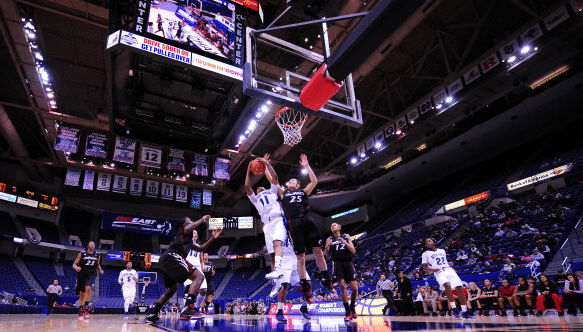 Ben Simmons looked like a man among boys in his college debut, stuffing the stat-sheet as LSU won their season opener against McNeese State.

The US media gave their take on Simmons’ debut, where he posted an impressive — yet somewhat quiet — 11 points, 13 rebounds and five assists. LSU came up with the win, and praise was piled on the Aussie youngster.

Writing for The Times-Picayune, Jeff Duncan described Simmons’ passing skills as ‘otherworldly’, and even gave him credit for his activity on the defensive end.

“Simmons wasted little time in showing off his otherworldly passing skills. In the game’s first 5 minutes, he had a behind-the-back pass on the fast break to Tim Quarterman for a layup and a nifty no-look pass to Brandon Sampson for a dunk,” Duncan wrote.

“Ben Simmons’ star power was in full effect. He attracted a national television audience on ESPN and a crowd of 11,689 for his debut, the largest for an LSU opener since Shaquille O’Neal’s final season in 1991.”

What to know for NFL Week 5: Score picks, bold predictions,...

Betting odds, picks, tips: What to look for in Bengals-Ravens and...

Broncos’ Wilson on late INTs: ‘Let the team down’

2022 MLB playoffs: Our predictions from the wild-card games through the...