It's back. after 212 long days, competitive football games are back.

A lot has changed across the NFL landscape since the Tampa Bay Buccaneers hoisted the Lombardi trophy back on February 8th in Super Bowl LV inside the Hard Rock Stadium in Miami.

Since then, we've witnessed a prodigious talent taken number one overall in the draft, a frantic free agency period coupled in with some mega-trade deals which have already shaken up the pre-season predictions for many divisions across both conferences.

We've picked out some of the biggest storylines to keep an eye on over the season along with some pre season predictions.

Tampa Bay attempts to run it back 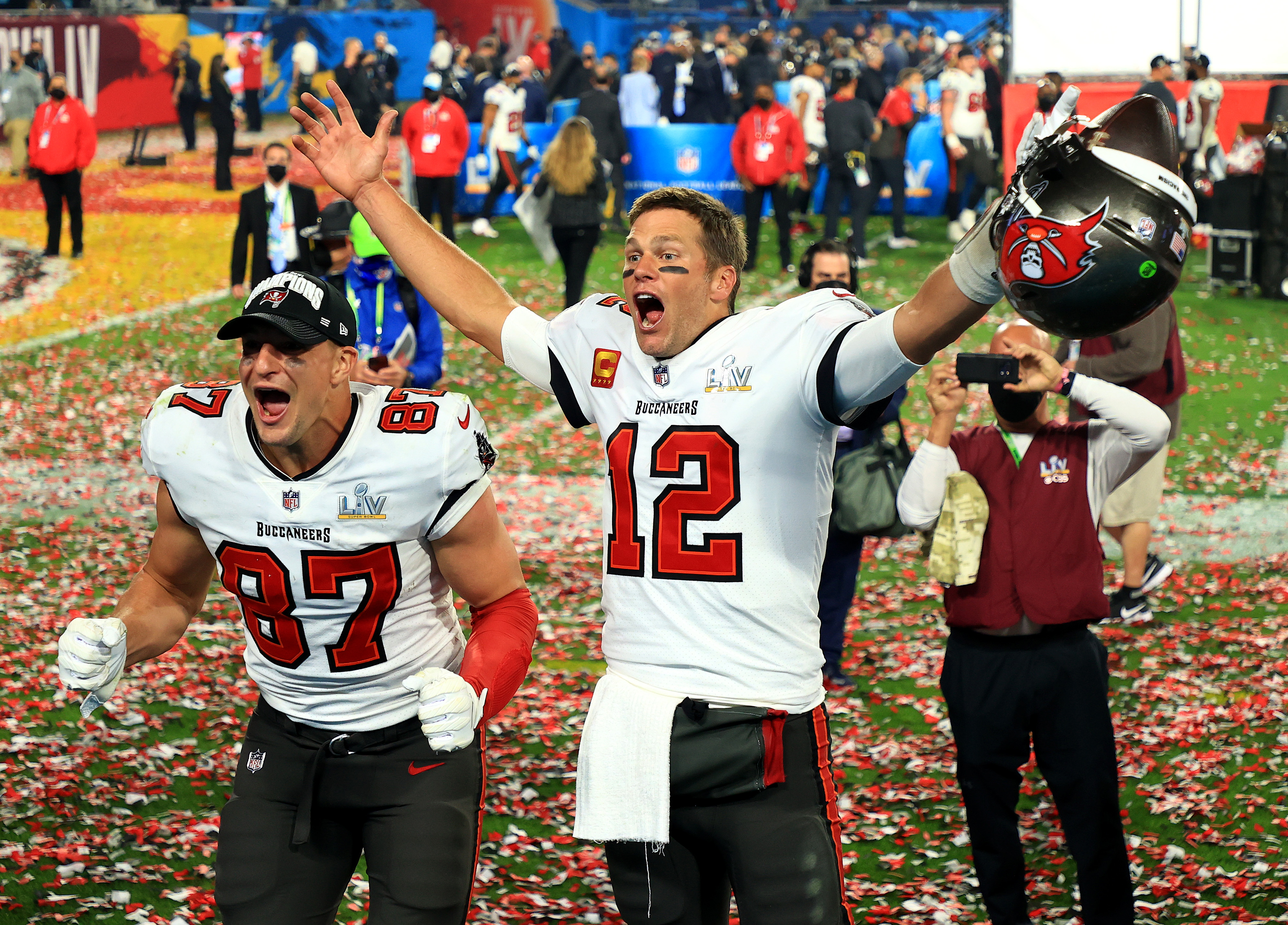 The defending champions have not gone anywhere. Tampa Bay returned to the top of the mountain last season winning their first Super Bowl title since 2002 with a 31-9 victory over Patrick Mahomes and the Kansas City Chiefs.

Looking to this season, Tom Brady and the Bucs' are primed for another tilt at the Super Bowl and for Brady, he wants ring number 8 in the trophy cabinet. After resigning a plethora of their top-end talent for this season, they became the first team to ever resign all 22 starters from their Super Bowl victory.

Playing in the NFC South division, Tampa heads into the season heavy favourites to win the division. The retirement of Drew Brees leaves the Saints with uncertainty at the Quarterback position, much like them the Carolina Panthers are also seeing a changeover at QB with Sam Darnold getting a fresh start.

The Atlanta Falcons possess some dangerous offensive weapons themselves however Tampa Bay are in the box seat heading into the season.

One of the most highly touted college quarterbacks of the last 25 years is here, finally. Trevor Lawrence had been on the radar of scouts across the country well before he applied his trade at the Clemson Tigers for the last 3 years.

Trevor Lawrence attended Cartersville High school in Georgia where he was a dual athlete, playing both football and basketball at the time. During his high school career, Lawrence threw for 13,902 passing yards and 161 touchdowns with only 21 interceptions.

After being recruited heavily, Lawrence decided to go to College in South Carolina at Clemson University.

Three years down the track and 40 games later the young quarterback from Knoxville would become one of the most coveted and sought after quarterback prospects for all 32 NFL franchises. His three years culminated in 10,098 passing yards, 90 touchdown passes while going at a completion percentage of 66.6%.

Lawrence staggeringly went undefeated as a freshman in 2019, leading them to a National Championship win over Alabama.

After a dismal 1-15 record it was the Jacksonville Jaguars who received the coveted number 1 overall pick in the draft.

There was never any doubt in who the Jaguars were going to select, as Lawrence now holds the hope of a franchise which has not seen much success since their expansion back in 1995.

A change in head coach was also decided upon in Jacksonville. Urban Meyer, one of the most successful coaches college football has ever seen will be calling the shots in Duval County come the 2021-22 season.

Meyer went an incredible 187-32 as a college coach, winning 3 National Championships along the way. The play caller also brought in his old Florida Gators quarterback Tim Tebow to training camp as a tight end, however Tebow was cut only a few weeks later. 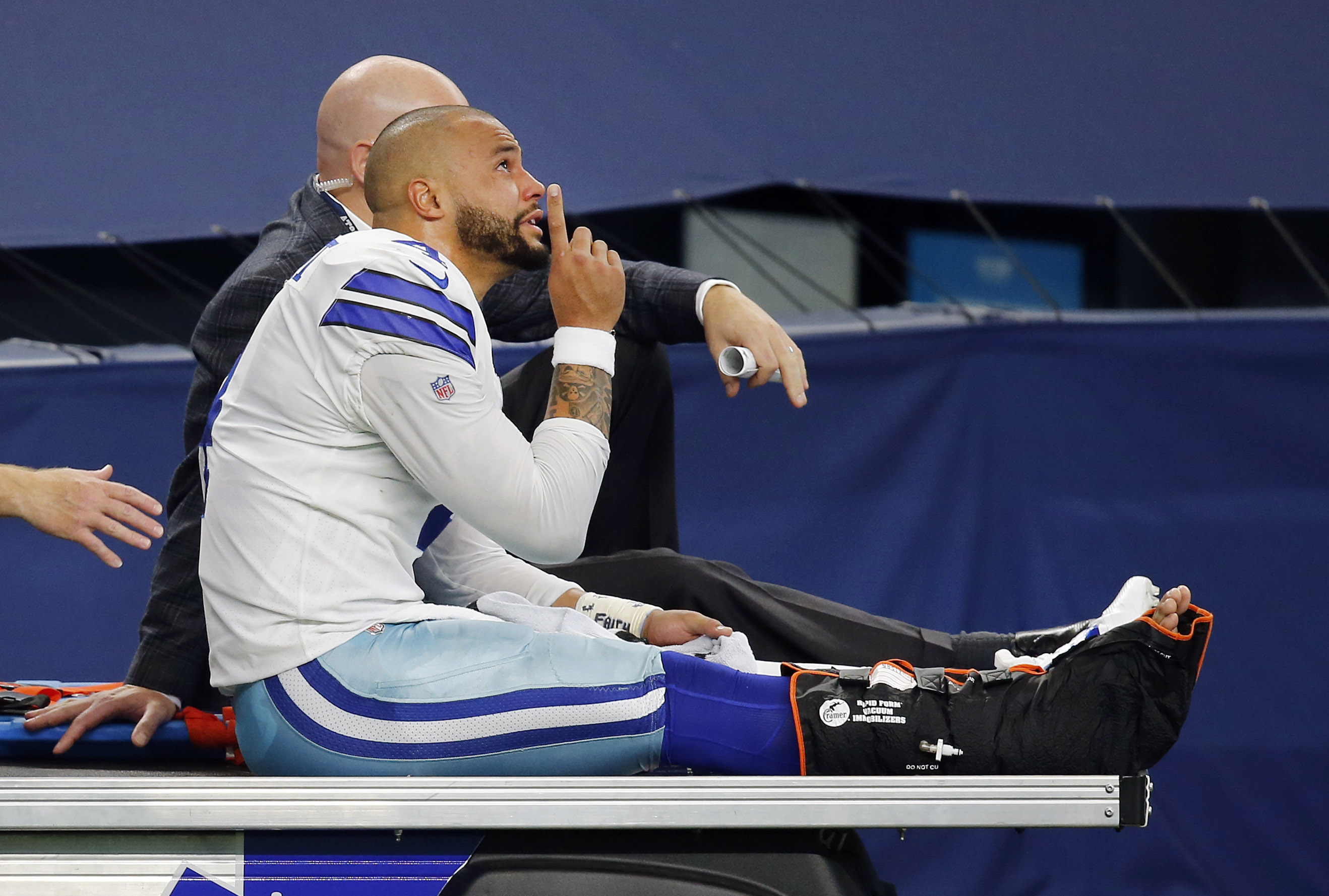 To the delight of Dallas Cowboys fans, Dak Prescott is back and ready to go for their week 1 showdown with Tom Brady and Tampa Bay.

On track for a historic and potential record-breaking season in some aspects, Dak Prescott suffered a gruesome leg injury during a midseason divisional matchup with the New York Giants.

The full extent of the injury was a compound fracture and broken ankle ruling the Cowboys star out for the remainder of the season and all but dashing the playoff hopes of the team from the lone star state.

Heading into that matchup with the Giants, Dallas was 1-3 however losing to 3 teams which would all go on to feature in the post-season. The previous week Prescott had thrown for over 500 yards and 4 touchdowns in a sublime performance in a 38-49 loss to the Browns.

Through the four and a half games prior to the injury, Dak had thrown for 1,856 yards, nine touchdowns at a completion rate of 68%. An MVP caliber season was on the horizon.

Dallas went on to finish with a 6-10 record after Prescott went down turning to veteran QB Andy Dalton to steady the ship.

Unbelievably they only missed out on a playoff birth by 1 game behind the Washington Football Team who finished on top of the NFC East with a 7-9 record.

Getting Prescott back adds to the already talented and dangerous Dallas offence. The Cowboys have weapons everywhere, wide receivers Amari Cooper, Michael Gallup and Cedee Lamb will be better for the return of their quarterback, while defences won't be able to sit at the line in front of star running back Ezekial Elliot.

Dallas had one of the worst defences last season but with the return of Prescott the Cowboys will be hoping that will ensure the defence is off the field for larger periods of the game.

In what was such a poor division last season, the 4 teams were barely separated and the return of Dak Prescott may well be the difference. 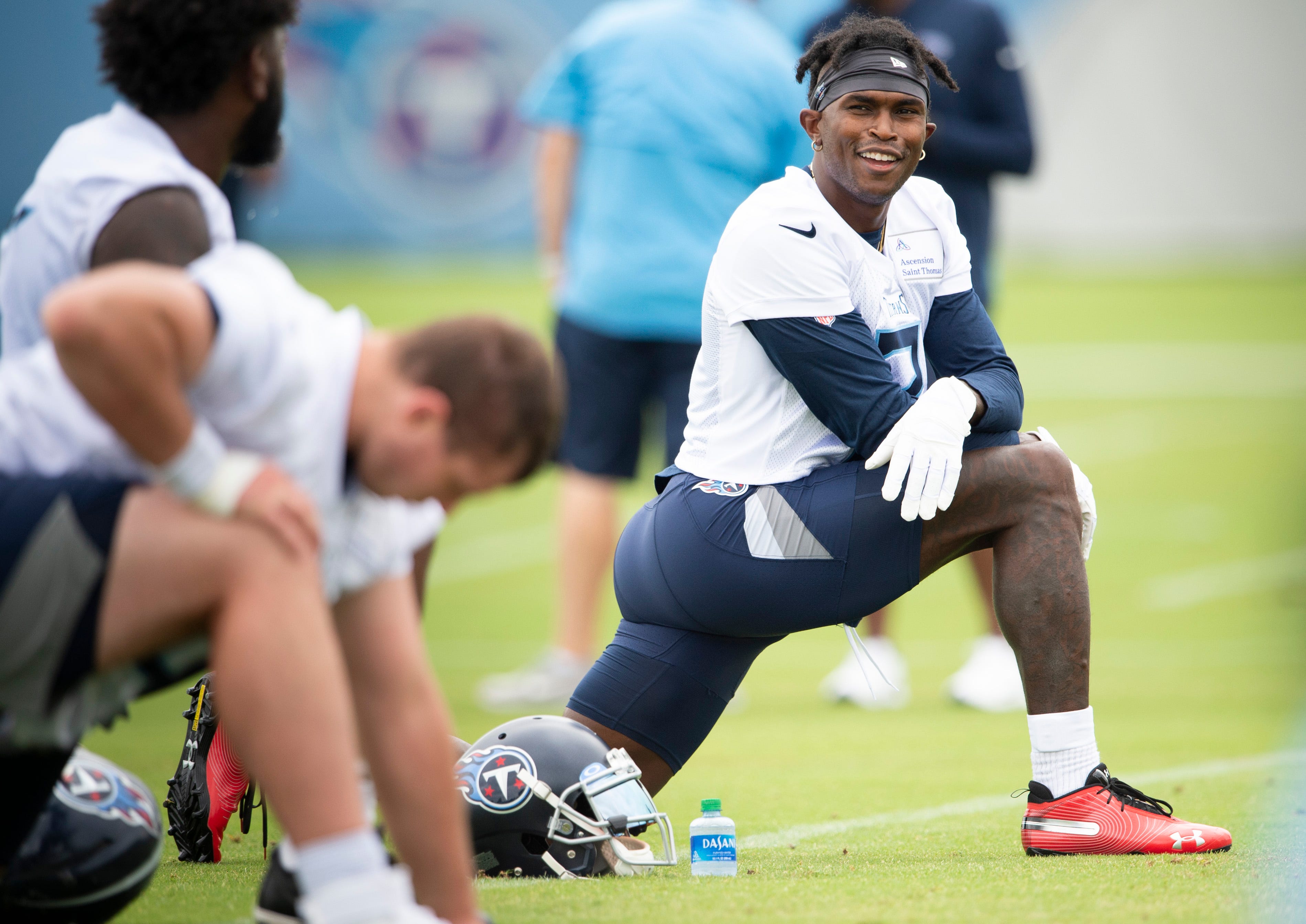 In what was a busy free agency and trade period, some of the NFL's biggest names found new homes.

Superstar wide receiver Julio Jones was traded from the Atlanta Falcons to the Tennessee Titans in a move that is sure to shake up the AFC.

Jones was sent to the Titans along with a 6th round pick in exchange for a future 2nd round and a future 4th round selection. The seven-time pro baller now forms an exciting partnership with quarterback Ryan Tannehill, and will also share the field with running back Derrick Henry.

JJ Watt is another of the big names who will suit up in different colours in 2021-22. The three-time NFL Defensive Player of the Year agreed to join the Arizona Cardinals after being released by the Houston Texans.

The deal is set to be worth $31 million over 2 seasons, with up to $23 million to be in guaranteed money. Watt will be paired with fellow defensive end Chandler Jones in Arizona, forming a potentially destructive defensive duo.

2009 number 1 overall draft pick Matthew Stafford is also on the move this season. After a decade in Detroit, the Lions reached an agreement to trade Mathew Stafford to the Los Angeles Rams. In what was a mega trade, Detroit sent the quarterback to the Rams in return for quarterback Jared Goff, two first-round draft picks and a third-round pick.

Stafford walks into what many see as a legitimate contender in the NFC at the Rams, whilst just two years removed from leading the Rams to a superbowl appearance, Jared Goff finds himself in the midst of a rebuild in Detroit.